Video Boys says: Luda Wayne was a stripper at a gay club here in Montreal for a few years and wow, he sure knows how to show it off.

END_OF_DOCUMENT_TOKEN_TO_BE_REPLACED 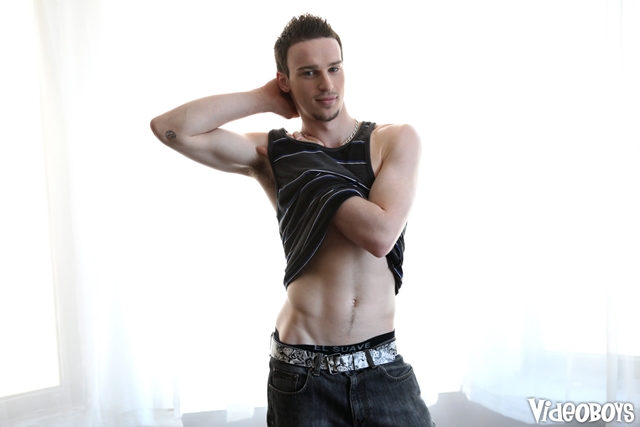 Vic’s huge hard cock sticks straight out at us! 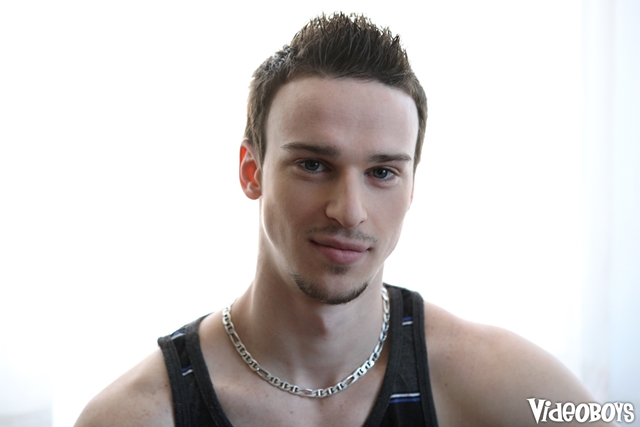 Video Boys says: The first time we saw Vic Palmer naked his dick was soft and quite frankly we thought it was pretty average as soft dicks go. We turned away for just a minute or two and when we turned back there was this pole of flesh sticking straight out at us and we just couldn’t believe our eyes.

END_OF_DOCUMENT_TOKEN_TO_BE_REPLACED

Video Boys says: When we met Shawn Beliveau two years ago he was probably one of the straightest guys we’d ever met. So he’s kissed guys, sucked and been sucked by guys and fucked guys.

END_OF_DOCUMENT_TOKEN_TO_BE_REPLACED

Video Boys says: Jo Diamond has a big hard dick and really loves to use it. Zac Hunter longs to be a power bottom but he still struggles with the bigger dicks.
But his horniness compels him to push his boundaries every chance he gets. With all this sexual energy bouncing around the room, there was no point in trying to direct the action.
We just let them go at it and it was like having anti-matter and matter colliding with an explosion of energy and an even greater explosion of cum. We haven’t seen such a complete cum-soaking in a long time.

END_OF_DOCUMENT_TOKEN_TO_BE_REPLACED

Video Boys says: Eighteen year old pretty boy Damien Gunn treats us some playful pics/vids of sexy young body and big cock.
Damien is a master of seducing the camera. The sultry looks and the teasing reveal of skin is a tantalizing start. But when he gets down to business the show gets pretty explicit. He recreated one of his sexting sessions for us here.

END_OF_DOCUMENT_TOKEN_TO_BE_REPLACED

Video Boys says: It’s always exciting to watch a tough guy like Shawn Beliveau gently kissing a boy or licking up and down his cock. But that’s just a side show. The main attraction is when he starts fucking.
And Jason Martin is ready to take everything this construction worker has to give him. Though Jason is taller than Shawn, Shawn’s strength and dominating personality were a good match for Jason who really just wanted a good fucking.
The mood is more animalistic than romantic in this duo, and that’s just what the doctor ordered. Jason was so excited his orgasm came without warning and the cum almost put out his eye.

END_OF_DOCUMENT_TOKEN_TO_BE_REPLACED

Jimmy shoved his big cock in and Dominic got one of the best fuckings he’s had in years!……

Video Boys says: Dominic Couture and Jimmy Little are sitting out on the balcony sharing a smoke and some conversation when the topic turned to Jimmy’s juicy cock. Something about being outside and almost visible to people passing by got Dominic excited and he just had to reach over and suck Jimmy’s cock right there under the sunshine.
The sound of the traffic and people passing just below was just as exciting for Jimmy so he pushed Dominic to the balcony floor and sucked cock like he was eating a popsicle. The space was a bit too cramped to go all the way so the boys came back inside so that Jimmy could use the extra space (and privacy) to bury his face in Dominic’s ass.
Once Dominic’s hole was all wet and slippery, Jimmy shoved his big cock in and Dominic got one of the best fuckings he’s had in years.

END_OF_DOCUMENT_TOKEN_TO_BE_REPLACED

Video Boys says: Just a year ago straight young boy Maxwell Marteau had never even met anyone gay before. He was even skittish about having a guy hug him, so suggesting the idea of having a guy suck his dick was right out of the question.
Recently we’d suggested to him that gay guys really do give the best blowjobs. He remained skeptical although he said he would discuss it with his girlfriend. So the two of them went through the list of potential blow job partners and, together, Maxwell and his GF picked Benjamin London as the best candidate to expand Maxwell’s sexual horizons.
For homework Maxwell watched Benjamin’s other videos to know what to expect and we were impressed that he was willing to admit that watching Benjamin get fucked by Max Dawson actually gave him a hard-on.
The day of the scene, Maxwell was still a bit freaked out by the whole situation, but Benjamin, being an old hand at dealing with straight boys, was able to put him at ease from the minute they met. And then when it came time for some actual physical contact, Maxwell had lost all hesitation.
He wanted that blow job, dammit. But since no one has ever been able to make Maxwell cum from a mere blow job, the big challenge for Benjamin was to see if he could show Maxwell how great a blow job could be. We’ll let you be the judge as to whether Benjamin met that challenge.